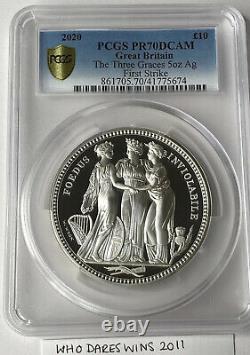 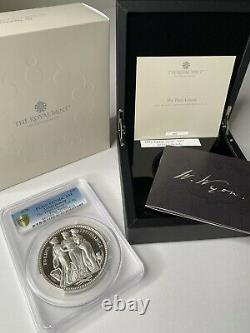 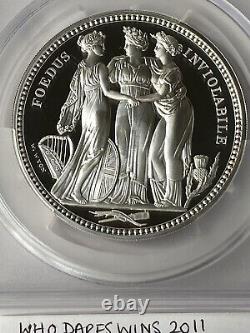 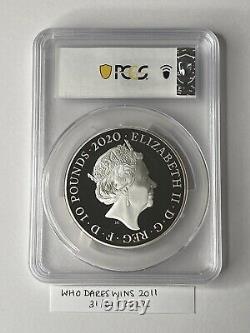 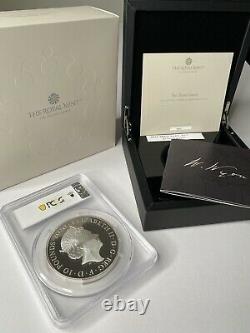 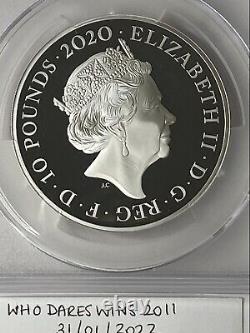 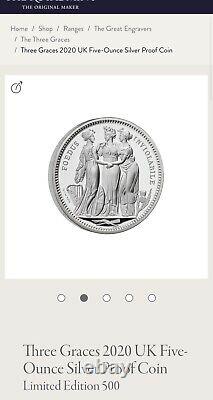 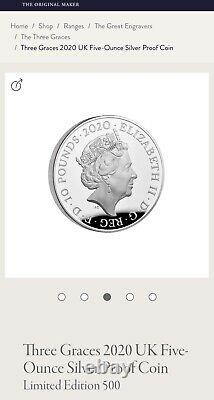 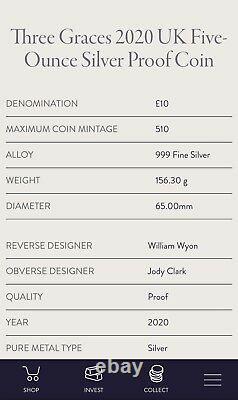 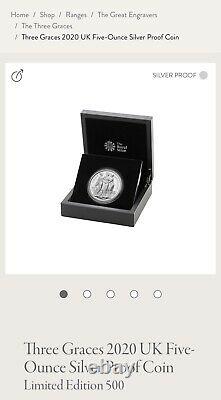 This is a very scarce coin. 1 of only 2 in the World graded PCGS 70 First Strike. 1 of 5 in the World graded PCGS 70 see screen shot taken from PCGS website. The second coin in the Great Engravers collection which celebrates some of the most iconic coin designs in numismatic history. The Three Graces coin follows on from Una and the Lion and precedes the recently released Gothic Crown.

Created by William Wyon RA at the start of his career, only around 50 examples were struck, making it one of the world's most sought-after coin designs. In homage to the original, modern striking techniques breathe new life into Wyon's masterpiece. Struck to showcase the skills of an ambitious young engraver after Benedetto Pistrucci's designs for the newly recoined half-crown, shillings and sixpence of 1816 attracted criticism from certain quarters; the design conveys the unity of the nations after the Act of Union of 1801 between Great Britain and Ireland. Wyon was an extraordinary talent and has a legacy few can rival.

His later work included his romantic take on St George and the dragon for Prince Albert's personal medal of 1845, the magnificent Gothic Crown, introduced in 1847, and the medal designed for the Great Exhibition of 1851. PLEASE ALSO SEE MY 1oz GOLD NGC PF70 THE WHO MUSIC LEGENDS, 1/4 0z GOLD PROOF PCGS 70 DAVID BOWIE AND MORE......

Royal Mint Packaging, booklet, wooden presentation box and Certificate bearing number: 260, are also included in the sale. I DO NOT POST TO.