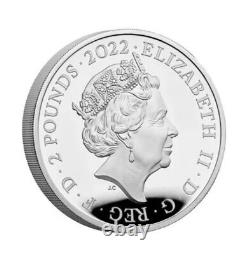 British Monarchs King Edward VII 2022 UK 1oz Silver Proof Coin PRE order. As the firstborn son of Queen Victoria and Prince Albert, Edward VII was always destined to be king. By the time he inherited the throne at the age of 59, he was the longest-serving heir apparent in British history, and a well-travelled and popular public figure.