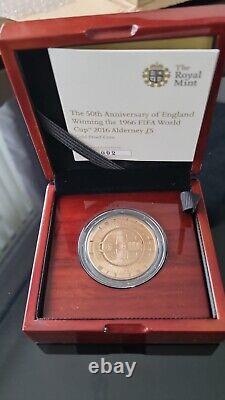 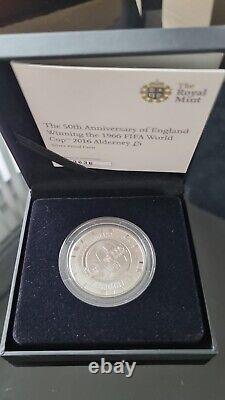 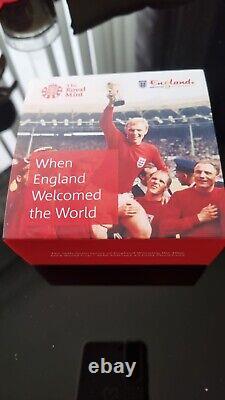 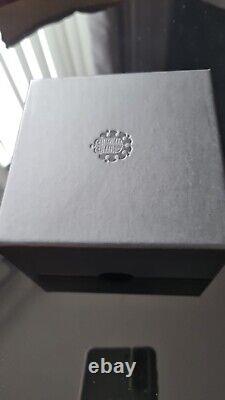 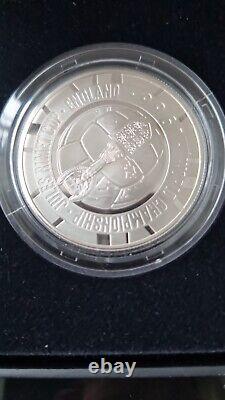 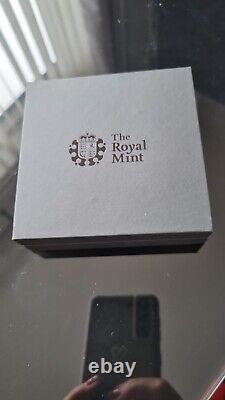 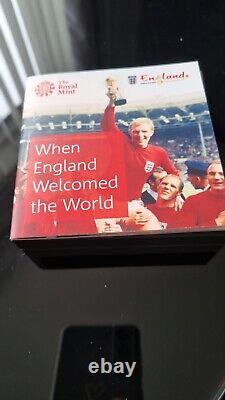 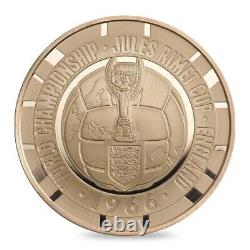 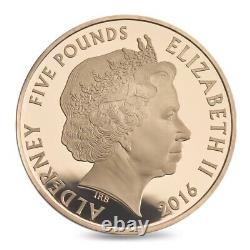 EXTREMELY RARE COIN ONLY 120 MINTED. SILVER COIN CERTIFICATE NUMBER 3636. Long considered one of England's greatest sporting triumphs, the 1966 FIFA World Cup final was a classic even by the standards of this long running tournament.

Most remembered for Englands controversial third goal, argued not to have crossed the line, an argument that persists to this day, the match against West Germany was watched by a staggering 32.3 million viewers, the biggest tv audience in the UK ever. The figure is all the more impressive given that 50 years ago every household didn't have multiple televisions in them.

Won by England 4-2 after extra time, it was also famous for having the first hat-trick scored in a final, but it remains the only time England have won the trophy. Many of the players went on to become household names, even today, like Bobby Moore, Geoff Hurst, and Bobby Charlton. The coins are issued for the island of Alderney and available in two precious metal variants. First up is a 22kt gold coin of almost 40g in weight, and secondly a sterling silver coin at one standard ounce.

Both feature identical designs and good quality packaging. An amalgamation of many elements; a football upon which sits a partial map of the world, the England shield, the Jules Rimet trophy, and inscriptions around the edge of the coin, it's a good example of the genre. Mintages are limited to 6600 for the silver and a tiny 120 for the gold. England's greatest footballing triumph. The 1960s would spawn not just social revolution, but a sporting one.

The 1966 FIFA World CupT was exciting and innovative, creating a blueprint for modern media coverage and marketing of the tournament. A new era of football was born as England were roared on to victory by their home fans.

This was a tournament characterised by slow-motion television replays, live satellite feeds and the very first FIFA World CupT mascot. It would leave a lasting legacy of both national sporting triumph and fundamental change in the way tournaments would be broadcast and marketed. Soon after he was appointed England manager in 1962, Alf Ramsey made a bold prediction - England would win the next World Cup - a tournament that would be played on home soil. With a core of world-class players along with exciting youngsters, the stage was set.

English teams of old had underperformed on the biggest stage of all, but this time it would be different. The epic final against West Germany is one of English sport's greatest moments and there are few who haven't heard BBC commentator Kenneth Wolstenholme's famous words, They think it's all over! Featuring an original design by Royal Mint coin designer Emma Noble and finished to Proof standard, this is the only official United Kingdom coin to celebrate this sporting anniversary. The coin is presented in a sleek black case, complete with a booklet about the tournament. This item is in the category "Coins\Coins\British\Proof Sets/Coins\2000s". The seller is "aleksandrpastuszk_0" and is located in this country: GB. This item can be shipped to United Kingdom.