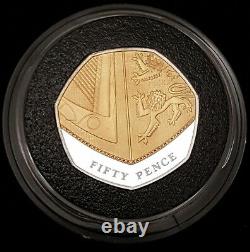 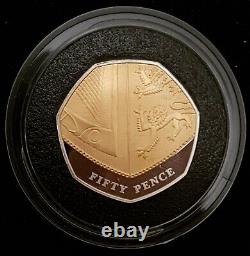 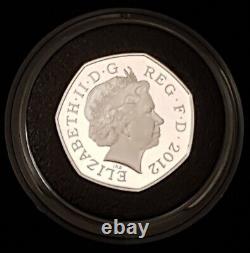 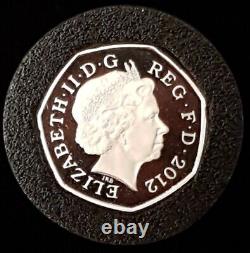 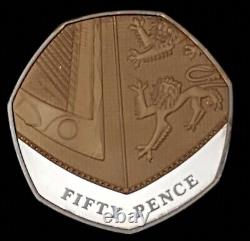 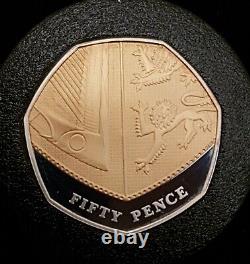 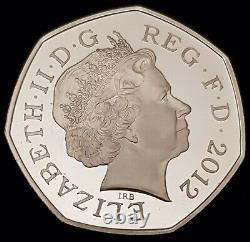 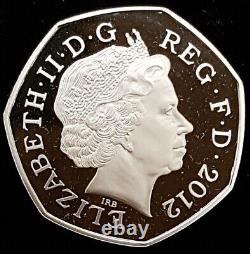 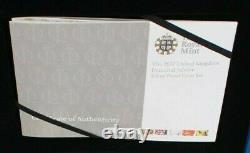 Gilded section of the Royal Shield of Arms. The obverse - which is not gilded - features the Fourth Portrait of HM Queen Elizabeth II by Ian Rank-Broadley. 2012 was the only year that this gold silhouette design has ever been used for the definitive 50p.

This gilded proof silver coin. Only available as part of the year-set and was never released as an individual coin. For this reason there are no genuine RM Certificates of Authenticity for this coin alone. This particular coin came from set no.

0503 and the CoA pictured is for authentication purposes only and not included in the sale. The coin is in excellent condition as can be seen from the photos taken from various angles. The capsule is, of course, included. My opinion - as long-time collector only - is that this coin would be well worth grading.

This item is in the category "Coins\Coins\British\Proof Sets/Coins\2000s". The seller is "lidascoins" and is located in this country: GB.