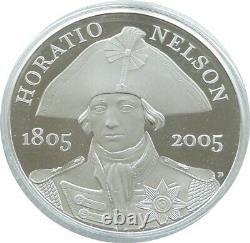 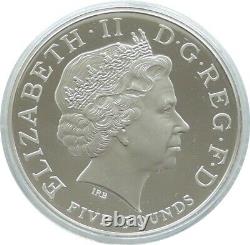 Weight: 56.56 Grams / Diameter: 38.61mm. Issue Limit: 2,818 Worldwide. In the center of the reverse is a portrait of Nelson dated "1805" and "2005", designed by James Butler and the obverse shows a regal portrait of Queen Elizabeth II by Ian Rank Broadley. Piedforts are coins which have been specially struck on thicker than normal blanks. As their name suggests they are closely associated with France, where from the twelfth century, they were apparently issued by the Kings as presentation pieces.

In Britain the practice of striking piedforts is later and less frequent, but medieval and Tudor examples are known. These legal tender coins have been struck to proof quality using specially prepared dies and highly polished blanks. This item is in the category "Coins\Coins\British\Proof Sets/Coins\2000s". The seller is "thelondoncoincompany" and is located in this country: GB. This item can be shipped worldwide.